Heidi and Daryl were torn about whether or not to stay in their home.

The perks of staying were good. Having grown up Hillsboro, they both had a sentimental connection with the neighborhood. Heidi’s parents lived nearby, making visits with the grandparents easy for their two daughters. Both parents had short commutes, giving them more time to relax and spend time with the family.

The only problem was the house itself. Daryl frequently compared the layout to a rat maze. Upon entering the foyer, there were walls and corners everywhere. Doorway after doorway led to tiny rooms – spaces too small to accommodate their active family of four. Even sitting down at the dining room table felt cramped. The tiny dining room didn’t allow for a large table, so visitors were required to squeeze uncomfortably into the limited space.

The family was prepared to move. Daryl had a running bet with his co-workers. If he moved out by the end of the summer, he’d have to buy them lunch. His co-workers were already picking out a spot for their victory dinner when Daryl gave us a call.

When our home remodel contractors took their first walk through the Heidi and Daryl’s house, we saw how it could benefit from the appearance of more space. They didn’t have to add footage to achieve it, but they were going to have to knock down a couple walls.

Heidi knew she wanted to make the kitchen the centerpiece of her home. With this in mind, one of the first things we did was get rid of the wall that blocked the kitchen from the front door. As soon as guests walked in, they could clearly see the glass tiling details and cool pendant lights that transformed this Hillsboro remodeling project into a tasteful space. 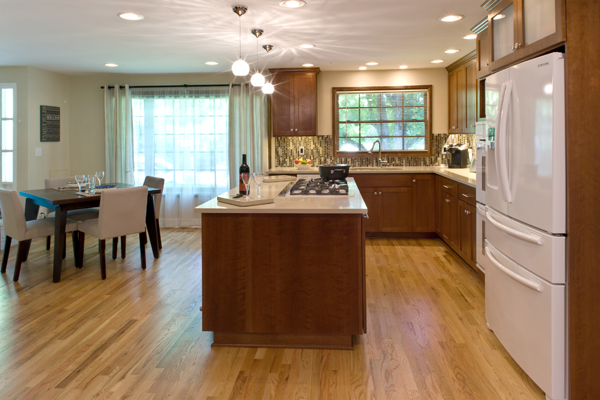 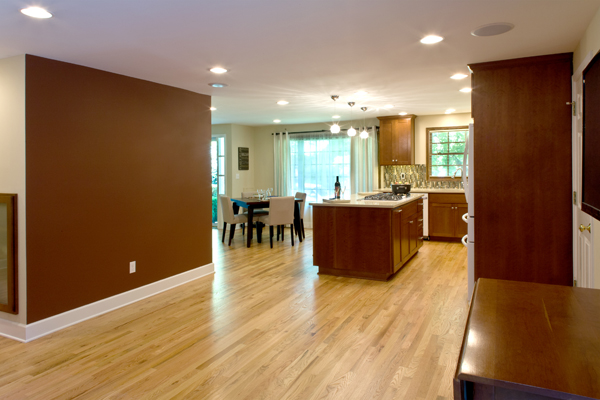 To make the larger space feel warm and accommodating, we added 45 recessed can lights and repainted the entire first floor with crisp accent walls in red and yellow. 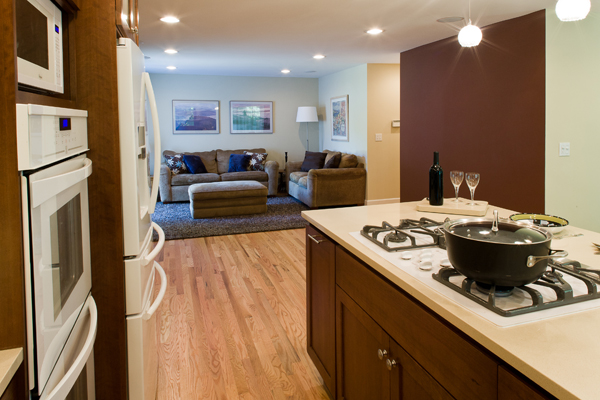 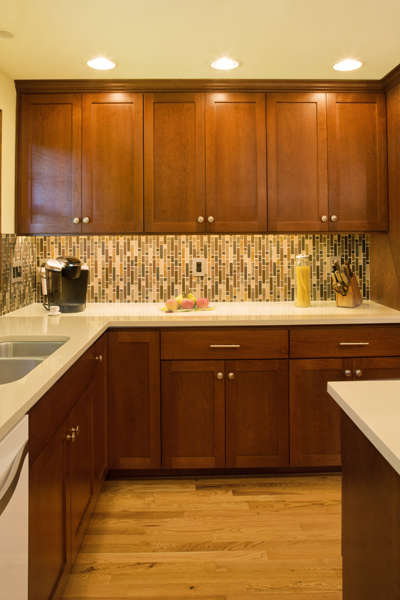 The glass tiling work along the back walls of the  kitchen give the room an elegant touch that’s also durable and easy to clean. The glass in various shades of tan, brown and green bring out the rich color of the wood cabinets. 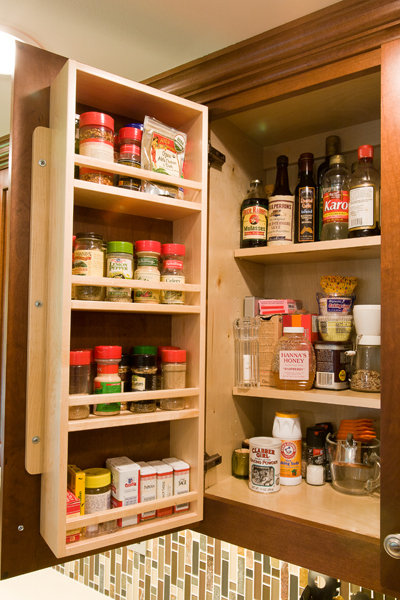 We wanted to give the family plenty of space for kitchen storage, so we lined the walls and island with cabinets, building in hidden compartments and sliding drawers where additional storage space was necessary. 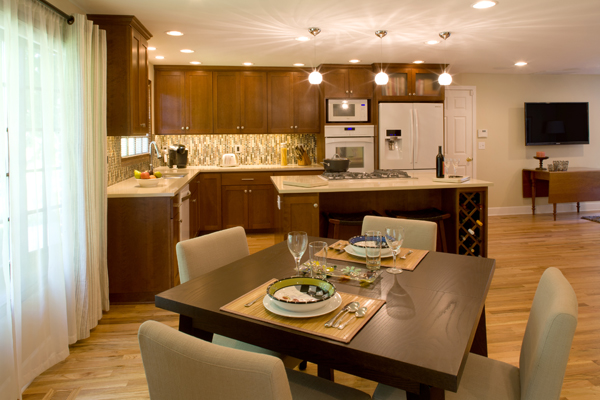 Before their home remodel family members in the kitchen and living room were blocked off from one another. Now the kitchen looks out over both the living and dining rooms, allowing the family to spend more time together. Daryl can enjoy the game in the living room while his daughter finishes her homework at the kitchen table. 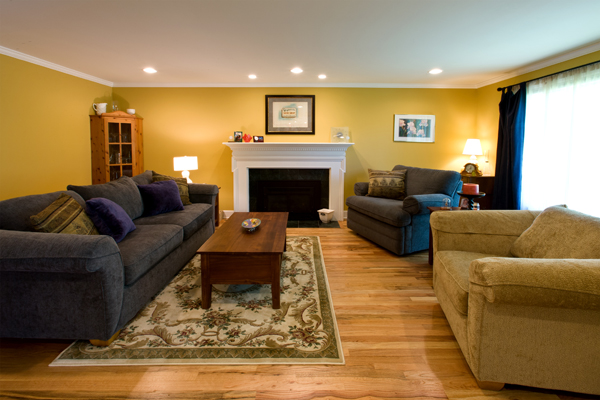 We also put a lot of effort into the intangible qualities of the home – hidden perks that you see, but that you can feel. We remodeled the ducting in the HVAC system and added insulation. Not only did this help regulate the temperature in the home, but it also helped decrease the family’s energy bills.

Even as we were starting this home remodelling project, Heidi wasn’t sure that she and her family were going to stick around. If she wasn’t sold on the remodel, she thought, she could always sell the house and move.

After walking through the remodelled space the first time, she was sold. The house felt open and inviting. She appreciated the extra floor space and hidden storage compartments. The aesthetic details like paint color choices, glass tile work and decorative lights were beautiful without being delicate, making the home an inviting place to spend time.

Before the remodel, few rooms in the house were large enough to accommodate the whole family. Now, Heidi, Daryl and their daughters can share the same space even as they’re doing different things, be it cooking, reading, doing homework, or watching television.

While we can’t confirm that Daryl has received his free lunch from his work buddies, suffice it to say he won his bet. He and his family are content to spend many more years in their new Hillsboro remodel.